We are pleased to answer your most frequently asked questions. If you have other questions not covered in our list please contact us and we'll be happy to assist. We also recommend following us on Facebook or Twitter and subscribing to our eNews as it is a great way to keep up to date with the latest in all twin related news.

Even though identical twins are from the same sperm and egg and therefore have exactly the same set of chromosomes and therefore genes, researchers are realising that there are other forces at play – the science of epigenetics.

Is there a 'twinning' gene? 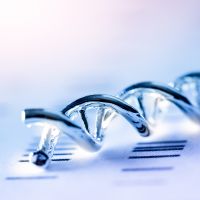 This is a frequently asked question at TRA: “What are my chances of producing twins?” There are plenty of families with multiple sets of twins in subsequent generations – and then there are those where twins can skip a generation or two. Often there is no rhyme or reason behind a particular family’s twinning rate. The idea that twins run in families is often more of a myth than a fact – frequently it can be down to pure coincidence. However, while there has not been any research to show that identical twinning can be inherited; non-identical twinning definitely can be hereditary.

The role of maternal age and assisted reproductive technologies

Studies have indicated that women aged 35-40 are three times more likely to give birth to non-identical twins than women aged 20-25. Furthermore, factors such as fertility drugs, whether you have had children previously (and if you have already had twins) and race, will affect your twinning chances.

It has been found that ART often results in an increased chance of identical twinning – much of the current research fails to adequately explain the reason behind this but it has been proposed that it could be due to ovarian stimulation increasing the number of ‘splitting prone’ immature egg cells.

Superfetation occurs when more than the one embryo develops in the uterus at the same time. This is quite rare and is sometimes confused with superfecundation.

Superfecundation occurs when two or more ova from the same cycle are fertilised by sperm from separate acts of sexual intercourse. It is thought to be a relatively common occurrence and is not always obvious unless paternity is questioned. This can happen when two different males father non-identical twins – resulting in half-brothers.

Superfecundation most commonly happens early on during the first fertilisation. This is because there is only a short period of time when the eggs are able to be fertilised. Sperm cells can survive inside a female’s body for four–five days.

It is believed that at least one in 12 non-identical twin pregnancies is the result of superfecundation.

How can I tell if my twins are identical or not? 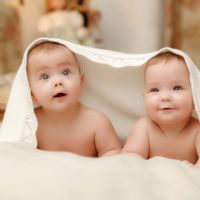 Parents of twins and twins themselves are often confused about their zygosity. It is human nature to look for differences, hence twins and/or their parents may think they are not identical when they very well could be. The only way to really know for sure is via a DNA test.

Can male/female twins ever be identical?

In 99.9% of cases boy/girl twins are non-identical. However, in some extremely rare cases resulting from a genetic mutation, identical twins from an egg and sperm which began as male (XY) can develop into a male / female pair.  This happens when the fertilised egg 'loses' one of the copies of the Y chromosome when it is dividing into two embryos in very early development. The resulting babies are then male (XY) and female (XO). The normal genetic make-up of a girl is XX. An XO baby is outwardly a girl, but her cells only have one copy of the X chromosome. This condition is called Turner Syndrome (more information on this, see the following link: Turner Syndrome).

What are the current multiple pregnancy and birth trends?

Multiple birth numbers have remained relatively consistent in Australia over the past decade.

In 2019, according to the Australian Bureau of Statistics (latest report as of December 2019) there were 4,501 multiple births  representing 1.5% of all births (305,832) in Australia. This comprised 4,446 pairs of twins and 55 sets of triplets and higher order multiples. One percent (or 55) of all multiple births are triplets and above.

We are often asked how many multiples are there in Australia? The population of Australia is around 25.4 million, so we can estimate there are around 750,000 multiples (based on the estimate of 3% of the population is a multiple).

Interestingly, TRA has around 75,000 members, or around 11% of Australia's multiple-birth population is a TRA member. We thank the multiple-birth community for their wonderful support of our research and we welcome more to join us!

What is the frequency of MZ and DZ twin births?

Birth rates for MZ twins are consistent among all races (about 4 per 1000); but the incidence of DZ twinning varies among races (8 per 1000, among Caucasians, 16 per 1000 among people of African descent, and 4 per 1000 among Asians). A genetic predisposition or inherited characteristic for DZ twinning exists in some families, but the consistency of MZ twinning among all populations suggests that identical twinning is a random occurrence that is not influenced by genes. Overall, about 1 in 80 births in Australia is a twin and of these about 30% are MZ.

This is a condition affecting identical twins when the babies share a common placenta while in the womb.This can lead to problems in both twins as one twin can receive too much blood (the ‘recipient’ twin), and the other too little (the ‘donor’).

The ‘donor’ twin is usually much smaller than the ‘recipient’ twin and can have complications such as anaemia, growth retardation and dehydration. The extra blood received by the ‘recipient’ twin can place strain on their heart. They also have excessive urinary output resulting in increased amniotic fluid, while their co-twin suffers the opposite fate. Early detection is
key to ensuring best outcomes for both babies

What is a genome?

A genome is an organism's complete set of genetic material. We are all made up of millions of different cells - and each cell has its own full set of instructions that each organism needs to build and maintain itself. These 'instructions' constitute our genome and are made of up of DNA.

Chromosomes can also be thought of as similar to a ball of wool - if you were to unravel the chromosome; like you would unravel a ball of wool; you would find long lengths of DNA – this is like the ‘thread’ of the ball of wool. Sections of DNA make up genes and genes are basically recipes for creating every function of the body; including looks; and as some researchers have found; personality and behaviour.

Because each person has 2 sets of chromosomes; that means they have 2 recipes for every gene. Usually; one version is stronger or more ‘dominant’ than the other and so that copy is seen or ‘expressed’ in the person.

When an egg or a sperm is formed in a parent; the chromosomes are shuffled around. Just like the red and black suits of cards getting mixed up. Not only that; the pairs of chromosomes actually ‘cross’ each other. This is like taking the red King and the black King; cutting them in exactly the same place through the centre and sticking the opposite parts together. Therefore; on one chromosome; the top section has the genes that were on the red set; the bottom section has the genes that were on the black set and vice versa. This is why children show characteristics of both sides of their family. After all of this shuffling about and crossing over takes place; the cell splits down the middle; taking only one complete set of shuffled up chromosomes.

When all this shuffling and crossing and dividing takes place; effectively; you have a random assortment of red and black recipes in each sex cell. That’s why you can have siblings that look wildly different and ones that look startlingly alike – it all depends on how the genes and chromosomes are shuffled and what versions end up in each egg or sperm cell. In the case of fraternal twins; 2 eggs have been released by the Mum and each fertilised by 2 different sperm from the Dad – there’s always the chance that those eggs from the Mum had a very similar set of shuffled up chromosomes and the same with the sperm – meaning that the fraternal twins could actually look very similar. The opposite is also true – the eggs from the Mum and the sperm form the Dad could; just randomly; have a very different shuffled up sets of chromosomes; meaning that the fraternal twins could look hardly anything like each other.

Each ‘set’ of chromosomes has been inherited – one set from Mum’s egg; one set from Dad’s sperm. Imagine that this is like having 2 suits of cards – one red; one black. You would have one red King; one black King; one red Queen; one black Queen. Imagine that the sex chromosomes are like the 2 jokers stuck on the end.
Sex cells (eggs and sperm) only have one set of chromosomes – this is so that when an egg and sperm come together; they merge; providing one ‘set‘ each; and the new cell that results (and ultimately grows into the foetus) has the correct number - 2 sets.

Even if two people have the same set of genes, because of the different environments they experience – i.e. in the womb (maybe one got more nutrients than the other), the types of illnesses they have had as they grew up; the lifestyle they lead, etc, there can be differences in how much each twins' genes are turned on or off – this can then affect the way each twin looks and behaves. This effect increases as the identical twins get older, because they are exposed to more and more diverse environmental events (different illnesses, jobs, friends, habits etc).

You can read more about this idea of "identical genes, different twins" here.