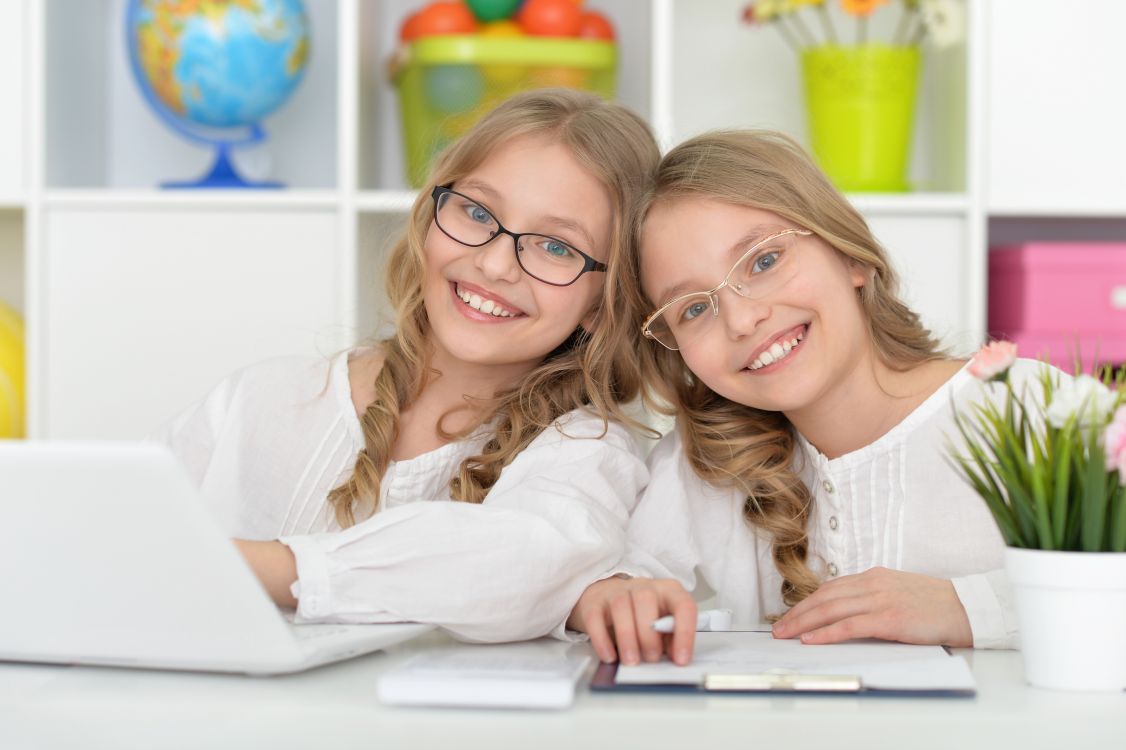 Identical genes, unique environments: why identical twins can differ in their school progress

Submitted by Professor Brian Byrne, School of Psychology, The University of New Engalnd

Are your identical twins quite different when it comes to their progress in reading, writing, and numeracy at school? Because identical twins are a 100% genetic match, it is expected they'll be pretty similar in their academic results. But Professor Byrne explains why this isn't always the case.

Are your identical twins quite different when it comes to their progress in reading, writing, and numeracy at school?

This may be surprising given they are identical twins, sharing 100% of their DNA, and therefore expected to be pretty similar in their academic results?

But it’s not that simple, according to researchers at the School of Psychology at the University of New England. They are studying why some identical twins are markedly different in their school progress.

Because the twins are genetically the same, the differences must be due to their environment. So the researchers set out to explore what differed in the twins’ environment that may explain their academic discord.

Researcher, Prof Brian Byrne, explains what his team found. And he hopes these discoveries will not only help twins but all children to reach their full potential at school.

What did you study

In this study we identified pairs of identical twins whose results from the National Assessment Program: Literacy and Numeracy (NAPLAN) were markedly different from each other - in some cases equivalent to two years’ school progress - in reading, writing and numeracy.

Pairs like these are relatively uncommon because, for the most part, identical twins have quite similar NAPLAN scores. Because the twins are genetically identical, the differences must be due to other factors (the “environment”), and it was those factors that interested us. Therefore, we set up phone interviews with one or both parents to seek their insights.

Such pairs should give clues to what it is about the twins themselves, the home background, the school, the twins’ friends, and so on, that influences achievement in the three NAPLAN domains – reading, writing and numeracy.  The information that we gathered would, we hoped, apply not just to multiples but to children in general.

What did you find?

Biomedical factors are ones where one twin is affected by illness or injury and the other not, or at least not as severely.  Some were neurological conditions like cerebral palsy and epilepsy.  Others were sensory, like vision and hearing problems.  Further examples included Crohn’s disease, Asperger’s syndrome, language delay and fine motor coordination problems. With the latter, poor handwriting could be a consequence, with flow-on effects on test performance. Some parents felt the biomedical issue was further complicated by the drugs prescribed to help.

We were moved by many of these accounts, and by the loving efforts of parents to help the (more) affected child achieve well in school.  Indeed, in some cases, that child went on to excel in one subject area or another because he or she had suffered a setback, developing a determination not to allow that to shape their full school experiences and therefore the rest of their lives.

By personal factors we mean, first, aspects of personality that just seem to arise in a twin pair and for which parents are mostly at a loss to explain.  One child might be a perfectionist, the other cares much less about getting things right.  One might be persistent in the face of challenging school work, the other just gives up.  One might become anxious about school work, especially test situations, the other more relaxed.

By personal factors we also mean specific motivations.  This shows up mostly in reading, with one child described as a bookworm, for instance, the other preferring to be outside running around.  It also shows up in numeracy, one child seeing themselves as a scientific type and therefore determined to get on top of maths, the other classing themselves as “creative,” preferring to paint than calculate.

Sometimes differences in academic motivation apply to school in general, with one twin leaving before the other.  How these differences arise is not always, or even mostly, clear but they can be the result of interplay with other factors. Prolonged illness can underpin a love of reading, for example.

School factors obviously include teachers.  Some parents spoke of one twin having a less committed or less competent teacher than the other, with flow-on effects beyond that particular year.  Sometimes this was not couched in terms of perceived teacher competence but in how well the teacher and the child “jelled,” sometimes poorly, sometimes famously.

Teacher-child relations can be idiosyncratic, for good or ill, and are unlikely to show up in broad-brush research into overall teacher competence.

Academic streaming into advanced and standard streams sometimes separated twins in high school, with one going into a higher-level maths stream, for example, the other not. Parents did not see this as causing twin differences - they already existed - but did see streaming as reinforcing each twin’s academic self-concept - as highly able or less able in maths, for example.

Very rarely did these non-genetic factors occur in isolation.  Rather, they interacted.  Biomedical conditions impact on the development of personality and academic self-concept, peer and teacher relationships, and twin-twin relationships.  Personality factors drive peer and teacher interactions.  How teachers jell with a child impacts current and subsequent academic motivation. And so on…...

What is clear is that while genetic endowment is an important influence on school achievement, as our research and many others have shown, there remains a lot of room for experiences, good and bad, to shape a child’s progress through school.

By helping identify what those experiences are, we have attempted to contribute to the stock of strategies that assist each child reach their full potential.  Some “experiences” are beyond anyone’s immediate control, particularly unfortunate biomedical events, but their consequences can often be managed in a child’s favour.  Others, whose origins are often less clear, are perhaps more amenable to intervention at school or at home, like finding ways to get reluctant readers to actually read or less conscientious students to apply themselves.  The first step always is identifying what needs “fixing.”

A biomedical factor we observed in the above was oxygen problems at birth for one or both twins; but since this wasn’t the direct focus of the above study we weren’t well placed to assess this in detail. Since then we have screened our database for birth complications that implicated oxygen in any way and have conducted follow-up with these families.  We look forward to analysing this data and reporting on all of what we observe.

Beyond this, we are continuing to follow-up the families who are involved in this powerful program of research into twins and their school education, and our scrutiny of the data that is already at hand is ongoing.

We are indebted to the parents who gave so unstintingly of their time to talk to us about their twins, and who shared with us sometimes highly personal stories about themselves and their families.  We were truly touched.