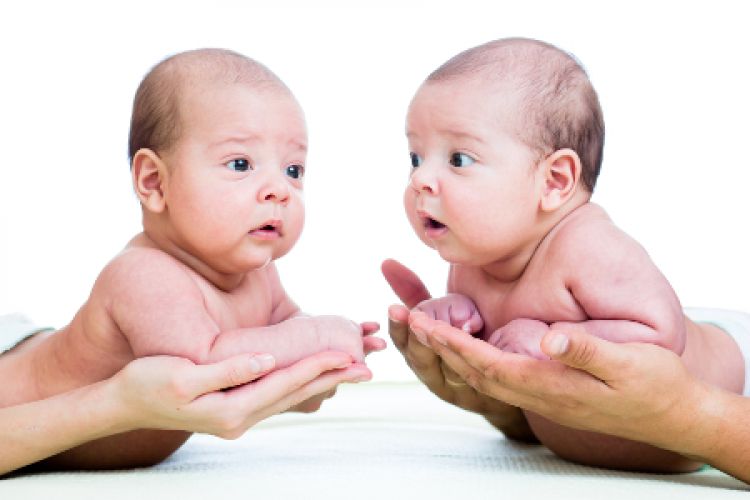 Do twins run in your family?

It has long been understood that inheritance is a factor in non-identical (DZ) twinning; however until recently researchers have been unsure exactly why.

The main factors involved in DZ twinning are believed to be ‘super-ovulation’ (the tendency to release multiple eggs during ovulation), maternal age and the role played by assisted reproductive technologies.

In a recent study, scientists from eight countries compiled data from nearly 2000 mothers of non-identical twins and compared it to that of nearly 13,000 other mothers.

They identified two genes that increase the chances of mothers producing DZ twins. One of these genes is related to egg stimulating hormones – and is also associated with an earlier age of menstruation, earlier age of first child and an increased number of children.

The second gene is believed to play a role in improving the environment for egg maturation – this finding in particular is an exciting development as it may help identify why some women respond better to in vitro fertilisation than others. It has important implications for fertility treatments, including improved outcome prediction and possible new avenues of fertility treatment.

The study revealed these genes increase the chance of producing DZ twins by 18-19 percent. A mother who has both genes will increase her odds by 29 percent.

It has been maintained that MZ twinning is a random occurrence with no genetic basis. However, the ATR has many families on the registry with a history of generational identical twinning – and this is not unique to our experience. It suggests that familial twinning may indeed occur although it is quite rare and not well understood.

One of the study co-investigators, Professor Nick Martin, reports that other genes likely to be connected with identical twinning were identified but the findings could not be confirmed.

Geneticists believe that familial MZ twinning could result from a change in a gene that controls cell-to-cell connections, leading to an increased likelihood of the embryo splitting prior to implantation in the womb. There are also theories relating to a male enzyme that may be involved in identical twinning but nothing has yet been published to confirm this.

Further research into the factors associated with both DZ and MZ twinning, including the differences in twinning rates amongst races, will help us understand more about the types of mechanisms involved.

You can learn more about the new research relating to the genetics of DZ twinning here.

An interesting article about research into identical twinning can be read here.