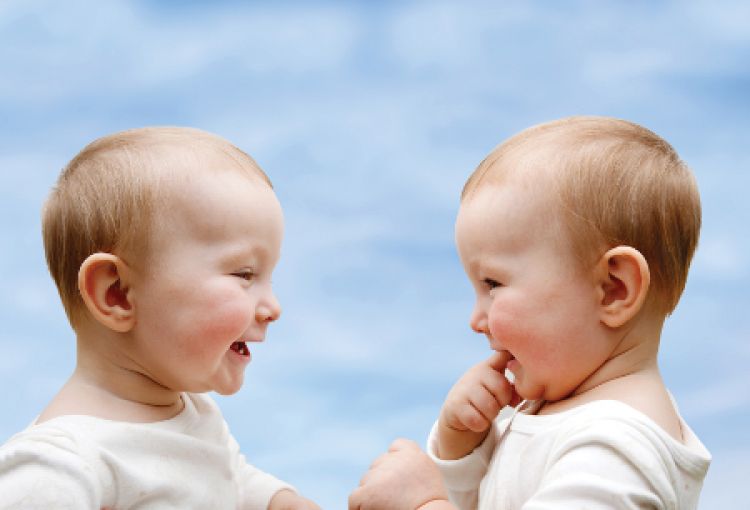 For more than 30 years, Professor Grant Townsend and his team from the School of Dentistry at the University of Adelaide have been conducting the Teeth and Faces of Young Australian Twins and the Tooth Emergence and Oral Health in Twins and Their Families studies.

The 'teeth' studies have been our longest running and most popular projects to date with close to 500 ATR families and many more multiples throughout Australia having participated.

These projects are unique in that no other centre in the world has completed such a comprehensive study of the many facets of dentistry and craniofacial biology. Moreover they have helped set a benchmark for how twin research can be successfully conducted on a large scale - resulting in significant research outcomes.

The families involved participated by charting the dates of their children's emerging primary teeth, collecting mouth swabs and completing questionnaires asking about pregnancy, twins' early diet, oral and general health - over a number of years. Some families for example commenced their involvement when their twins were newborns, while others first participated when the twins were 4-6 years old, with follow up visits at 9-11years and again at 12-14 years.

What the researchers discovered from collecting all of this data is that some teeth are emerging later than what is currently thought. This in turn led to the finding that the standards for primary tooth emergence in Australian children needed to be changed.

Insight was also gained into the pattern of tooth emergence; for example, did you know there is a trend for the left tooth to emerge before the right? Nevertheless, the sequence of tooth emergence is highly variable, meaning that there is often no rhyme or reason as to what order your child's teeth may follow. What is generally consistent however is the relatively strong genetic contribution with regards to tooth development and emergence.

Twins and multiples have been vital to this project and their contribution has helped in developing new Australian standards for dental health. Moreover, the involvement of twins in such a large scale study is encouraging to other researchers and further research involving twins is now likely to be re-enacted worldwide.

As Professor Nick Martin explains in the foreword for the newly published book Twin Studies: Research in Genes, Teeth and Faces. "the classical twin method - the comparison of the similarity of the two types of twins - is the most powerful design we have in humans to estimate the relative influence of genes and environment on any trait one cares to measure".

You can read more about the study's findings by downloading an online version of the book, Twin Studies: Research in Genes, Teeth and Faces;</p