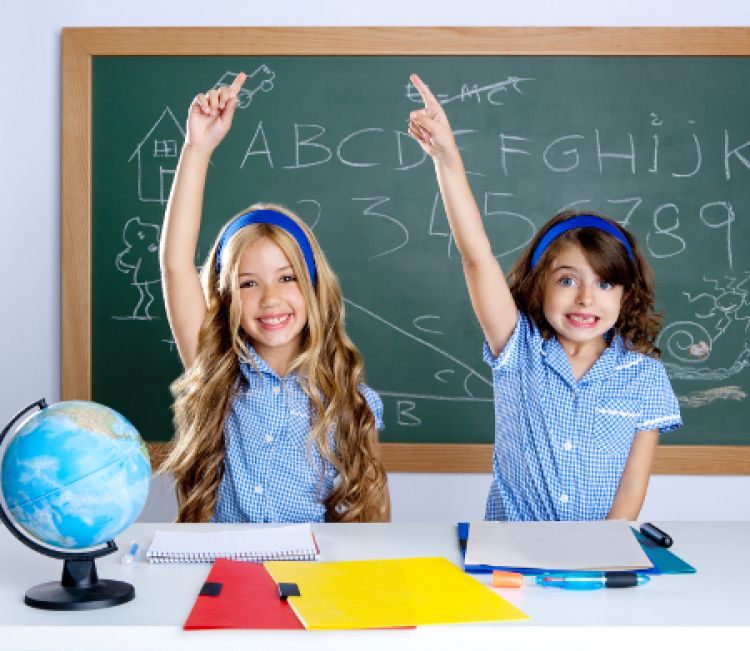 Twins in school; should they be kept together?

Everyone seems to have an opinion about whether twins should be separated at school or not – but how do you know what decision is best for your twins? Dr Karen Thorpe from the Queensland University of Technology conducted a study with ATR twins back in 2006, looking at the experiences of twins starting school. She maintains that parents nearly always make the right decision; revealing that only 10 percent decide to separate their twins when starting school.

There can be many reasons why parents do make the decision to separate – and this can be unique to each family. There may be co-dependency issues or unfair comparisons between the twins for example which the family feel may be helped by separation.

Reasons why parents may prefer to keep their twins together are usually related to the comfort that the inter-twin relationship provides. Dr Thorpe reveals that "many parents believe the twin relationship provides emotional support and familiarity in the new environment of the school and the choice of keeping twins with their co-twin on transition to schooling was viewed as the least disruptive option".

Dr Thorpe's research aimed to address what rationale parents’ use in making a decision regarding the class placement of their children and how this differs between children who are separated versus those who are kept together. She discovered that most parents made the decision to place their children in the same class at school entry, but often opted to separate as the children grew older.

Dr Thorpe maintains that parents' decisions are consistent with current research evidence which indicates "that there is greater risk of adverse outcome among children who are separated early than among those separated later or never".

Professors David Hay and Pat Preedy from Curtin University of Technology have also researched the educational needs of multiple birth children and acknowledge that while many parents do not have a choice to separate or not, a school policy for multiples that is flexible is helpful. They maintain that while there is not yet any good evidence about the benefits or otherwise of separating multiples, it is clear that "separation is not a universal solution to issues that may arise with multiples".

Ultimately however, there is no right or wrong answer; it is up to your family and what will best suit your twins.

You can read more about Dr Thorpe’s results here and Professors Hay and Preedy have a website with some helpful tips for parents of multiples.