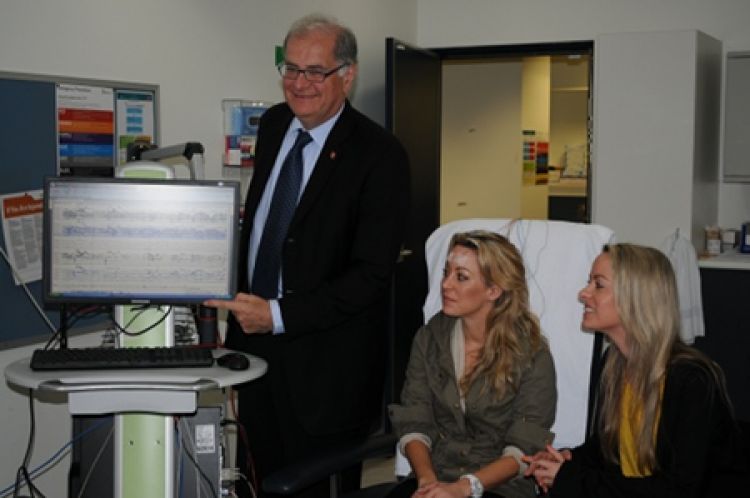 A simple flyer caught the attention of a young researcher, Professor Sam Berkovic, nearly 30 years ago and inspired him to begin a life-time's work with twins.

Prof Berkovic returned to Australia in 1987 after studying overseas, eager to conduct further research in his main area of interest - epilepsy. As he read a booklet about how to apply for grants, he noticed a bright yellow one-page flyer about the Australian Twin Registry, and the rest became history!

Sam went on to involve hundreds of ATR twin members in his research, contributing to a deeper understanding of the genetic and environmental causes of epilepsy.

His research has led to improved epilepsy diagnosis and treatment worldwide. Today, he is a world-leading clinical neurologist, a Laureate Professor in the Department of Medicine, University of Melbourne and Director of the Epilepsy Research Centre of Austin Health.

ATR Director, Professor John Hopper, said the award – which recognises eminent achievement and merit of the highest degree in service to Australia or humanity at large – could not have gone to a more worthy recipient.

"All of us at the Australian Twin Registry and our twin members congratulate Sam," he said. "He has long been a great ambassador for twin research and we look forward to supporting more ongoing vital work which has made such a difference to millions of people living with epilepsy."

Our members can hear Prof Berkovic talk about why twins are so special to his research on this YouTube video filmed just before he received his Order of Australia. Sam takes identical twins and ATR members, Amanda and Nicole Campbell, on a fascinating journey through the Melbourne Brain Centre.

"You have long been a great ambassador for twin research and we look forward to supporting your ongoing vital work which has made such a difference to millions of people living with epilepsy."