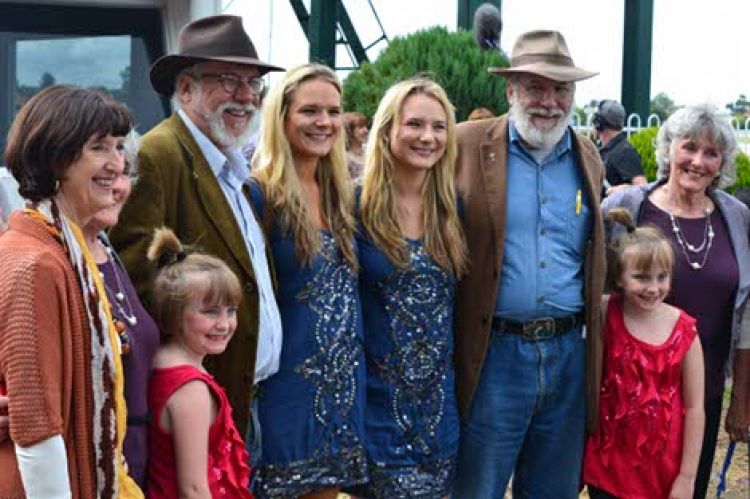 People can be forgiven for seeing double – or even triple – vision when attending the 2012 Twins Plus Festival.

The festival held in Melbourne in March brought together a record 3000 twins, families and friends as well as higher number multiples with many sets of triplets attending.

It was a day to celebrate all-things-twins and they came in all shapes and sizes – identical twins posing in matching outfits, fraternal twins celebrating their similarities and differences, and twins of all ages from newborn babies to the oldest set of twins aged 83.

As you would expect at a twins festival, there were many unique sights: identical twin policemen on patrol; identical twin clown unicyclists entertaining the crowds; twin singers, dancers and musicians performing in the Multiples Got Talent Show.

It seems twins love to be photographed and a big drawcard of the day was the all-in group photo plus the awards for the most alike and least alike twins. Visitors also enjoyed the speciality twin shopping, twin photo studio, displays from twin support groups, and the great rides and shows for all ages.

As a co-organiser of the event, the Australian Twin Registry attended in force with displays and twin researchers on hand to talk about their studies, and zygosity testing for twins who were unsure if they were identical or not.

“It was an amazing day,” says the Director of the Australian Twin Registry, Prof John Hopper. “There was a great spirit of fun and celebration with twins relishing the chance to meet other twins, and immersing themselves for the day in the unique experience of being a twin.”

“The festival just keeps getting bigger and better. There is nothing like it anywhere else in Australia,” he says.

Plans are afoot for an even bigger festival next time. Stay tuned for festival breaking news at our website, Facebook and Twitter. See our festival photo gallery here.

Thanks to our festival partner, the Australian Multiple Birth Association, and the following festival gold sponsors.

Think Twins Toshiba logo
The festival just keeps getting bigger and better. There is nothing like it anywhere else in Australia.