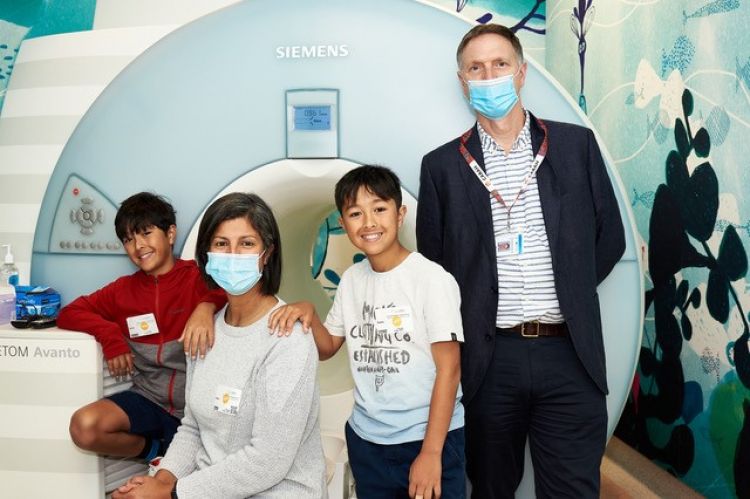 As you would expect, 11-year-old identical twins, Marcos and Gabriel have a great deal in common. They love playing outside, riding on their bikes and playing board games.

But some differences started to emerge earlier in their lives. Gabriel suffered from asthma, hives on his skin and a heart murmur while Marcos didn’t.

It is these similarities and difference between twins that are helping researchers, like Professor Jeff Craig, to discover what role genes and environment play in our health.

Ground-breaking research by the team has shown that the environment experienced in the womb may have a greater effect on our future health than previously thought - and more of an effect than our DNA, and the health and lifestyle of mothers while pregnant.

Marcos and Gabriel have been part of the research since it started in 2007 and are one of 250 participating pairs recruited over two and half years. The researchers hope to follow the health of the twins well into their teenage and adult lives.

The next step in the study is to analyse data to answer the question of whether biological differences within twin pairs seen in early life predict differences in brain structure and function at age 11.

“In their first couple of years these differences were a surprise to me. I was under the impression that because identical twins have the same genetic composition it is a given that both would suffer from the same health conditions,” she said.

“However, as my knowledge increases about twins and more research is done in the area, I get less surprised. Nevertheless, I keep on asking myself - if genes can account for their similarities, what accounts for their differences? And it seems epigenetics has a lot of the answers.”