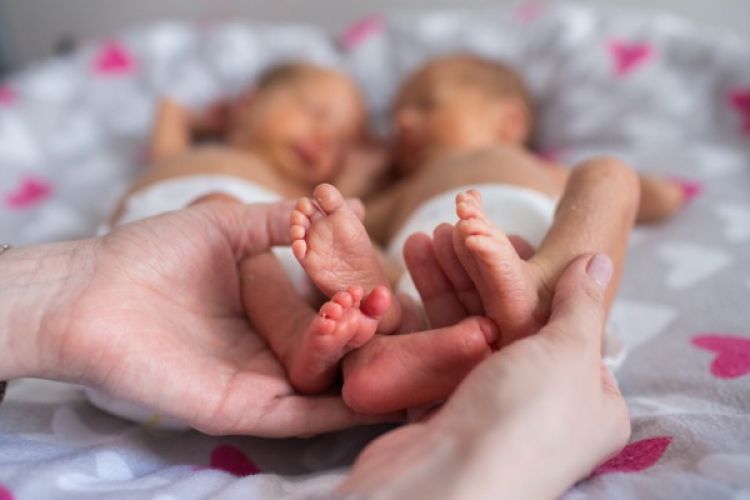 Identical twins with autism spectrum disorder (ASD) may experience large differences in symptom severity even though they share the same genes, according to a new study.

The findings, published in the journal Behavior Genetics, suggests that identifying the causes of this variability in symptoms may inform the treatment of ASD.

While many genetic studies have confirmed that when one identical twin has autism, the other is highly likely to also have autism, few have looked at the differences in severity of traits between identical autistic twins.

“This study offers a unique picture into the genetic differences that contribute to autism and how they are shaped by our environment. It also confirms what we know about the importance of getting intervention as early as possible to support development,” said Autism Speaks Chief Science Officer Thomas W. Frazier.

“Repeating this study with larger groups may help us understand those environmental factors where we might be able to best support optimal development for young children at risk for autism.”

Using genetic data and clinical information, researchers compared identical twins across three groups where at least one twin had autism. In all groups, parents completed a questionnaire about social behavior for both twins. The researchers found that nearly 25 percent of the twins in the first group had significantly different scores on the social behavior measure. On that same measure, 73 percent of clinically diagnosed twins had significantly different scores.

According to the authors, these findings suggest that non-shared environmental factors – which would almost exclusively occur during or after birth – contribute to the differences in development and severity of the social traits of autism in these twins.

Ratings on the twins’ social behaviors remained highly consistent as they grew, leading the researchers to suggest that these environmental influences occurred early in childhood, prior to age 4.

While estimates from other large genetic studies suggest that as much as 85 percent of autism risk comes from inherited genes, this study suggests that environmental influences on those genes play a large role in the variation of symptom severity across the autism spectrum.

Autism Speaks genetics experts cautioned that some of the variability in severity could be caused by factors affecting the caregivers while they are filling out the questionnaire, such as possible biases in how autism severity is rated in before and after a clinical diagnosis is given, when rating multiple children with autism or other factors.

Also, even identical twins are not 100 percent genetic matches with each other, details that could only be uncovered with advanced genetic sequencing and analysis.

“Sequencing data has shown that not all identical twins are the same. Some show differences in gene copy number variation, which has shown to be important in the development of ASD, so we can’t at this point rule out variations in your DNA,” said Dean Hartley, senior director of genomic discovery and translational science at Autism Speaks.

“In addition, data that point to differences in the twins’ environment is needed to help support the authors’ conclusions; unfortunately measuring the myriad of environmental factors we are exposed to on a daily basis is not an easy task, but potentially valuable.”