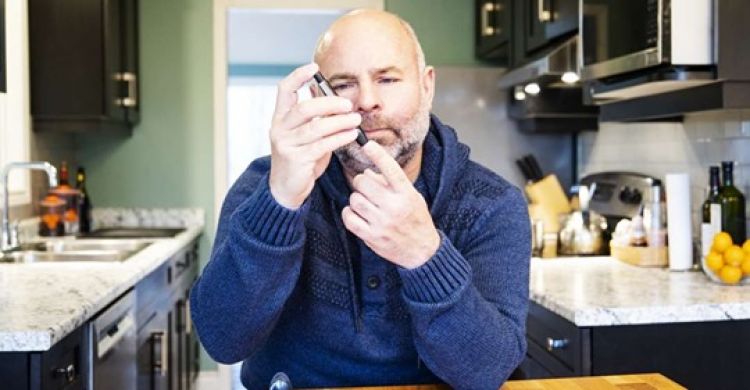 New research involving over 33,000 twins in Sweden has uncovered a significant link between type 2 diabetes in midlife and the risk of stroke.

The new study shows that type 2 diabetes in midlife is associated with a 30% increased risk of a serious blockage of the brain arteries, often leading to stroke, and a doubling of the risk of narrowing of the brain's arteries in people over 60 years. The research is based on a cohort of twins in Sweden and published in Diabetologia, the journal of the European Association for the Study of Diabetes (EASD).

Cerebrovascular disease (CBD) includes a variety of medical conditions that affect the blood vessels of the brain. It falls into two main classifications: ischaemic, in which the blood flow is restricted; and haemorrhagic, in which bleeding occurs. CBD and type 2 diabetes mellitus (T2DM) are common disorders that the World Health Organization places amongst the top ten causes of death - between them killing approximately eight million people worldwide in 2016.

Both T2DM and CBD are complex genetic and lifestyle-related disorders. Genetic and familial environmental factors (e.g. foetal environment, maternal smoking and childhood socioeconomic status) have been shown to be involved in the development of both conditions. Accumulating evidence from previous studies suggests that T2DM is independently associated with an increased risk of CBD, especially ischaemic CBD.

This study - conducted by PhD candidate Rongrong Yang, Tianjin Medical University, Tianjin, People's Republic of China, and Dr Weili Xu, Karolinska Institute, Stockholm, Sweden and Tianjin Medical University together with their colleagues - examined the link between type 2 diabetes in midlife and the risk of the different types of CBD in late life.

Also, by focusing on data from twins, the study aimed to explore whether genetic and familial environmental factors could explain the link between T2DM and CBD. Because twins generally share the same genetic backgrounds as well as the same family life, in the uterus and in childhood and adolescence, comparisons made within pairs of twins provide an ideal opportunity to explore the possible confounding effects of genetics and familial environment on any association between the two conditions.

The study involved twins from the nationwide Swedish Twin Registry (STR), which started in the 1960s. During 1998-2002, all living twins above 40 years of age were invited to participate in the Screening Across the Lifespan Twin study (SALT), a full screening process that gathered data via computer assisted telephone interview. Of the participants in SALT, this study focused on those twins who were still alive on the follow up on 31st December 2014.

Individuals who did not reach the age of 60 years by 31 December 2014, who had type 1 diabetes, had T2DM onset before age 40 years or at or over age 60 years, and/or CBD onset before 60 years old, or had suffered a transient ischaemic attack (mini-stroke), were excluded - leaving 33,086 people remaining for the current analyses. The SALT data included information on demographics (age, gender and educational attainment); lifestyle (smoking, alcohol consumption); anthropometric measures (weight and height, from which BMI was calculated); zygosity (genetic similarity); and medication use.

Both diabetes status and CBD incidence were obtained from Sweden's comprehensive National Patient Registry. The 33,086 twins included 14,969 men and 18,117 women. Of them, 1248 (3.8%) had T2DM at ages 40 to 59 years and 3121 (9.4%) had CBD at or over 60. The data were adjusted for possible confounders including: age, gender, education, BMI, smoking, alcohol consumption, marital status, hypertension, and heart disease. The co-twin matched analysis considered data from discordant twin pairs i.e. one twin with each condition and the other one without.

The study found that whilst there was no significant association between midlife T2DM and subarachnoid or intracerebral haemorrhage (brain bleed stroke) in late life, individuals who developed T2DM at ages 40 to 59 years had double the risk of cerebral occlusion (artery narrowing) and a 30% higher risk of cerebral infarction (ischaemic stroke). Further analysis of twin-pairs appeared to show that genetic and early-life familial environmental factors do not appear to play a role as confounders in the association between midlife T2DM and ischaemic CBD in late life.

The mechanisms underlying the association of T2DM with cerebral infarction and occlusion of the cerebral arteries are complex, state the authors, and not completely understood. They note that individuals with T2DM develop dyslipidaemia (abnormal amounts of lipids in the blood) and accelerated atherogenesis - the formation of fatty deposits in the arteries. In addition, metabolic disturbances such as insulin resistance, increased insulin production in response to this resistance, inflammation, increased fat deposits and abnormally high blood sugar in T2DM may also contribute to cerebrovascular events.

The authors suggest that increase in the number of the endothelial cells lining the blood vessels, and thickening of the basement membrane, induced by T2DM, lead to an increased risk of blocking of, but not rupture of the vessels - hence a the negative association between the condition and haemorrhagic CBD (rupture of the arteries) and a positive association with ischaemic CBD (blockage of the arteries).

The authors note some limitations to the study. There were only a limited number of discordant twins (one twin with CBD) in the analysis. They also note that both monozygotic twins (sharing 100% genetic material) and dizygotic twins (sharing only 50%) were included in the study - such that the analysis could not completely control for genetic make-up. In addition, the SALT data did not include information on dietary intake and physical activity or allow for these factors to be considered as potential confounders in the association.

The authors conclude: "This large-scale, nationwide, population-based study of Swedish twins provides evidence that midlife T2DM is associated with some types of ischaemic CBD but not haemorrhagic CBD in the over 60s. Our findings highlight the need to control midlife type 2 diabetes to help prevent blockage or narrowing of cerebral arteries in late life and reduce the incidence of stokes caused by such blockages."