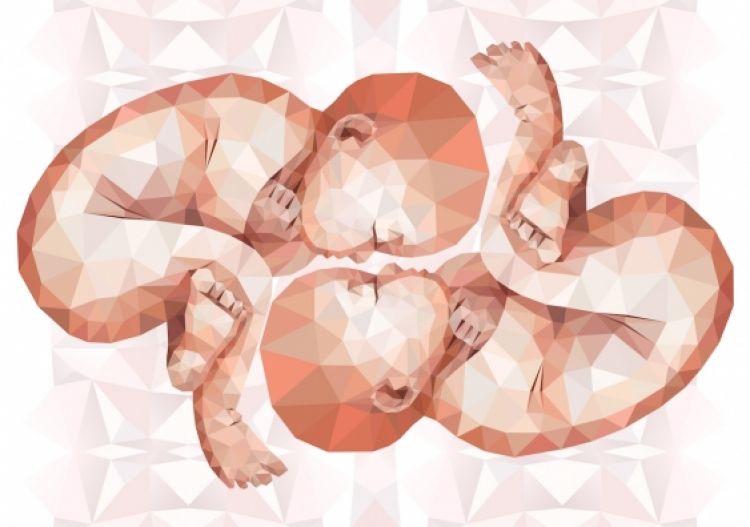 In a world first, researchers from UNSW Sydney and QUT have used genetic testing to detect semi-identical twins during pregnancy.

Young Queensland twins, a boy and a girl, have been identified as only the second set of semi-identical twins in the world – and the first to be identified by doctors during pregnancy.

The twins, who are identical on their mother's side but share only part of their father's DNA, are the first case of semi-identical, or sesquizygotic, twins identified in Australia. They are the first worldwide to be diagnosed by genetic testing while still in the womb.

“It is likely the mother’s egg was fertilised simultaneously by two of the father’s sperm before dividing,” said Professor Fisk, who led the fetal medicine team that cared for the mother and twins while based at Royal Brisbane and Women’s Hospital in 2014. Professor Fisk, a past President of the International Fetal Medicine and Surgery Society, worked alongside clinical geneticist Dr Gabbett.

Identical twins result when cells from a single egg fertilised by a single sperm divide into two, so identical twins are the same gender and share identical DNA. Fraternal twins occur when each twin develops from a separate egg and the egg is fertilized by its own sperm. 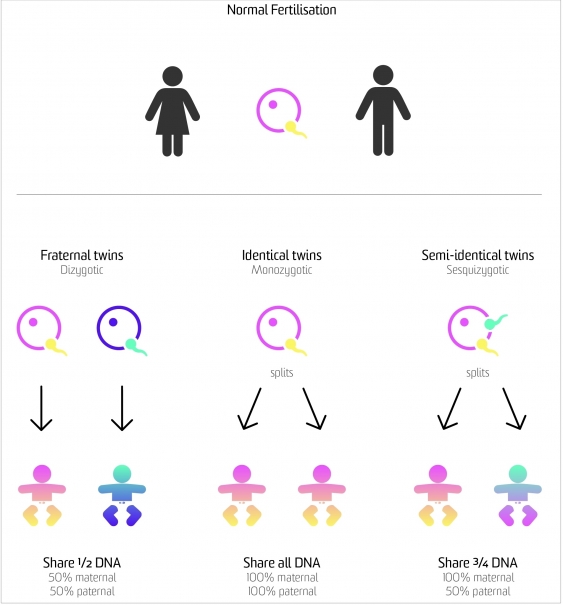 Sesquizygotic twins were first reported in the US in 2007. The twins only came to doctors’ attention in infancy after one was identified with ambiguous genitalia. On investigation of mixed chromosomes, doctors found the boy and girl were identical on their mother’s side but shared around half of their paternal DNA.

“We at first questioned whether there were perhaps other cases which had been wrongly classified or not reported, so examined genetic data from 968 fraternal twins and their parents,” he said. “However, we found no other sesquizygotic twins in these data, nor any case of semi-identical twins in large global twin studies.”

At age four, the twins are healthy and have achieved all their development milestones.

“We know this is an exceptional case of intermediate twins, also known as a third type of twinning,” said Professor Fisk. “While doctors may keep in mind that these types of twins are extremely uncommon, its rarity means there is no case for routine genetic testing.”

This article was written by Lucy Carroll from the University of New South Wales. Find the original article at this link https://newsroom.unsw.edu.au/news/health/semi-identical-twins-identified-pregnancy-first-time?fbclid=IwAR3CqW2LSdq5MJmiVk5-kgXTaDjXH88XC1rfXA1KocIaT0TPRQOwrn3ikLc